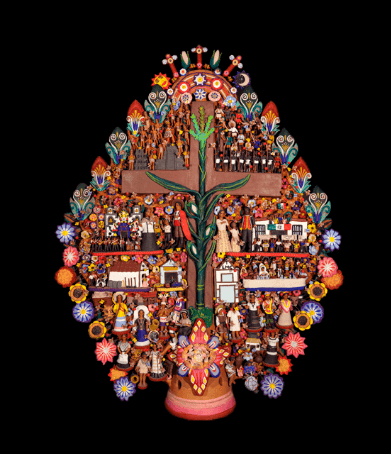 History and Origins of the National Museum

History and Origins of the National Museum

A few years after Mexico gained its independence, in the midst of liberal and conservative debates about its future, the creation of a solid State and the construction of a common identity in which our indigenous past could find its place were necessary. So it was that, in 1922, Lucas Alaman requested Emperor Agustin de Iturbide to found an Antiquity Conservatory and a Natural History Bureau in the halls of the Royal and Pontifical University of Mexico. Both institutions merged in 1825 and became the National Museum of Mexico, whose first curator was Presbyter Isidro Ignacio de Icaza. This venue may be considered Mexico’s first museum, founded to “gather and preserve as much as it may to bring forth the most exact knowledge of the country, its origins and the advancements achieved on Science and Arts.”

Four decades later, in 1865, Maximilian of Habsburg, driven by his naturalist interests, decided to assign the museum its own facilities at the palace of the Colonial Mexican Mint, located at Moneda Street, which nowadays houses the National Museum of Cultures. Social and political instability of this period forbade the museum’s inauguration. Only after the triumph of the Juarista Revolution did the National Museum of Mexico opened its doors to the first Archeology and History exhibition in the country.

During the final days of the Nineteenth century, Profirio Diaz displayed a personal interest in Archeology, which was reflected in his selection of our prehispanic past as a political tool employed to foster Nationalism. Thus, on September 16th 1887, the Monolith Hall was inaugurated within the National Museum of Mexico. A hall was conditioned to exhibit the bigger sculptures, which remained in the patio for years, such as…. Soon, other pieces were added to the exhibition, such as the Sun Stone, which was relocated from the Cathedral.

The creation of the Monolith Hall, the first of its kind in Mexico, was followed by the foundation of two institutions: the General Inspection of Archeological Monuments of the Mexican Republic, focused on the study and promotion of the prehispanic peoples through the scientific approaches provided by modern History, Archeology and Anthropology; and the Department of Ethnography, focused on the study and “to promote everything the indigenous peoples provided to the Republic.” Furthermore, two more halls were opened:  Anthropology and Ethnography, where diverse kinds of human beings were exhibited—considered at that time to be almost monstrous—portraying the propositions made by Darwinian Evolutionism and Anthropometry, ideas which had already introduced themselves into Mexico. The Museum’s role as a research center seemed to have surpassed its original nationalistic purpose.

In addition, the National Museum, almost since its creation, served as an educational center, mostly by the symposiums and lectures on History, Ethnology, Physical Anthropology, Indigenous Tongues and General Geography it held throughout the years. Justo Sierra formalized the museum’s educational labor by founding, in 1911, the International School of American Archeology and Ethnology thanks to a co-operational agreement signed with Columbia, Harvard and Pennsylvania universities. This initiative began captivating the attention of influential figures in Anthropology, such as Franz Boas, Edward Seler, Alfred Tozzer, and others. Among the School’s alumnus, Alfonso Caso, Ignacio Marquita, Eduardo Noguera and Manuel Gamio stand out; later on, they would become important characters in the Anthropology guild. As a consequence of the significant amount of academic production during this time, their research papers would be published on such periodical publications as Anales del Museo, which began printing on 1877, and the Boletín del Museo, which produced its first number on 1903.

Every piece belonging to the Comparative Anatomy, Botany, Geology, Mineralogy, Paleontology, Teratology and Zoology collections (which had lived together with our Archeological heritage) were taken to a different venue: the National Museum of Natural History. After these collections migrated to a different enclosure, the Moneda premises changed their name to National Museum of Archeology, History and Ethnography, which remained the same for over 30 years.

The National Institute of Anthropology and History (NIAH) was founded on February 3rd 1939 by a presidential decree. From that day on, this institution has been in charge of our country’s archeological, anthropological and historical heritage care, study, promotion and protection. Thusly, the National School of Anthropology was founded, allowing people in Mexico to study a degree on Archeology for the first time. Thanks to this milestone and an accord drawn by SEP, NIAH was granted the responsibility of implementing educational programs on Anthropology and History, stripping said role from the museum.

In 1940 the museum’s collection was yet again divided. Chapultepec Castle became the National Museum of History by instruction of President Lazaro Cardenas, which resulted in the relocation of all pieces that belonged to postcolonial times. From that moment on, the venue which houses all the Archeological and Ethnographic collections is known as National Museum of Anthropology to indicate its contents and subject.

Nowadays, the museum is known as one of the most emblematic places in charge of the safekeeping of Mexico’s indigenous legacy. It is a symbol of national identity and a mentor for generations in search of their cultural origins.